In modern days, automated software testing is extremely important to kill the bugs during development. Unit testing is the first level of software testing, which a developer can not and should not avoid. Because it helps the developer to write bug-free, secure and robust codes.

What is Unit Testing?

Unit testing is a software testing method where every individual component and every single unit of the software is tested. Most of the time, unit testing is performed by the developer. Some times it is done by a QA engineer.

When you are doing TDD (Test Driven Development), you will write the unit test before starting the actual code. You can also write unit tests after finishing the specific feature. However, unit testing is performed during the coding stage and before the integration test.

Writing tests take time. Some times, because of a tight deadline, we may cut out the testing part from the development. But in the long run, it may create bigger problems that take more time and money. So, it is highly recommended that you always write unit tests at the development stage.

Here we are covering some benefits of writing unit tests.

In the previous article, we built a GraphQL API with Django-Graphene for a simple blog project. Here we will test those APIs with Pytest. To generate mock data we will use the Mixer. Though Django-Graphene has a utility class called GraphQLTestCase, we will use the default TestCase from django.test module. As we are using Pytest, we can go without it and write the functional tests. But here, I would prefer to share the class-based test cases with default TestCase.

For the testing client, we will use Graphane Client class from graphene.test module. We can go without it by directly executing the schema with schema.execute() method.

Then install pytest-django with pip.

And create a file in the root directory of your project called pytest.ini and add the following code.

In your blog app, create a directory called tests. We will test here only blog APIs. So, create a file called test_blogs.py. Your folder structure should look like this:

Let’s create some variables for queries and mutations.

It’s time to write tests. I will write five test cases here to test the CRUD functionality of blog API.

Now go to your shell and run the following command to run the test.

You should see the following results in your terminal.

Unit testing is an automated software testing method where every small piece of the application is tested. It helps developers to hunt bugs early, write quality code, reduce development time and costs.

Here we wrote unit tests for a Django Graphane API with Pytest and covered five test cases to check out GraphQL CRUD functionality.

If you would like to see the full source code, you can check it out from here. 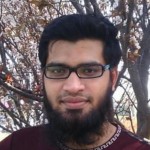 How to build GraphQL API with Django – 7 Steps